New York’s hard-nosed real estate industry, famous for its relentless focus on corporate performance, showed its softer side at the WORKTECH New York conference, held at Convene in Manhattan on 26 May 2016.

Speakers, panellists and delegates all shared in a group-swing away from the brutal financial efficiencies of office provision to the more delicate factors surrounding human experience at work.

America has been switching on to employee wellbeing in the workplace for a while, debating health and wellness strategies at every opportunity. But the dominant narrative of WORKTECH New York took this more people-centred approach to a whole new level. As Jim Taylour, Head of Design & Wellbeing at Orangebox, reminded delegates, ‘Wellbeing is just the WD40 for failing processes’.

Nothing signified this shift more vividly than an expert panel on the emerging HQ of the future curated by Peter Miscovich, head of strategy and innovation of JLL.

Reminding everyone just how many new American corporate headquarters projects are on site, close to completion or in the pipeline, Miscovich lined up real estate leaders from Accenture, Boston Consulting Group, GE Capital, J Morgan Chase and Time Warner to probe the more desirable characteristics of the new-generation HQ in the context of the all-pervasive digital economy.

The panel’s collective verdict was that culture, collaboration, connection and talent attraction are key; indeed, so much so that coordinating the human chemistry of chance encounters, healthy food, dynamic vibe and positive body language will do as much (if not more) to make these monolithic new HQ facilities a success as more formal planning and infrastructural decisions.

Even the famously conservative legal sector is opening up to a people-first approach in workplace design. Architects BVN flew in Pam Jack, partner in Australian legal firm Minter Ellison, to give a first-hand client account of how her firm’s lawyers first resisted and then revelled in a more open, collaborative environment at their new Sydney HQ. 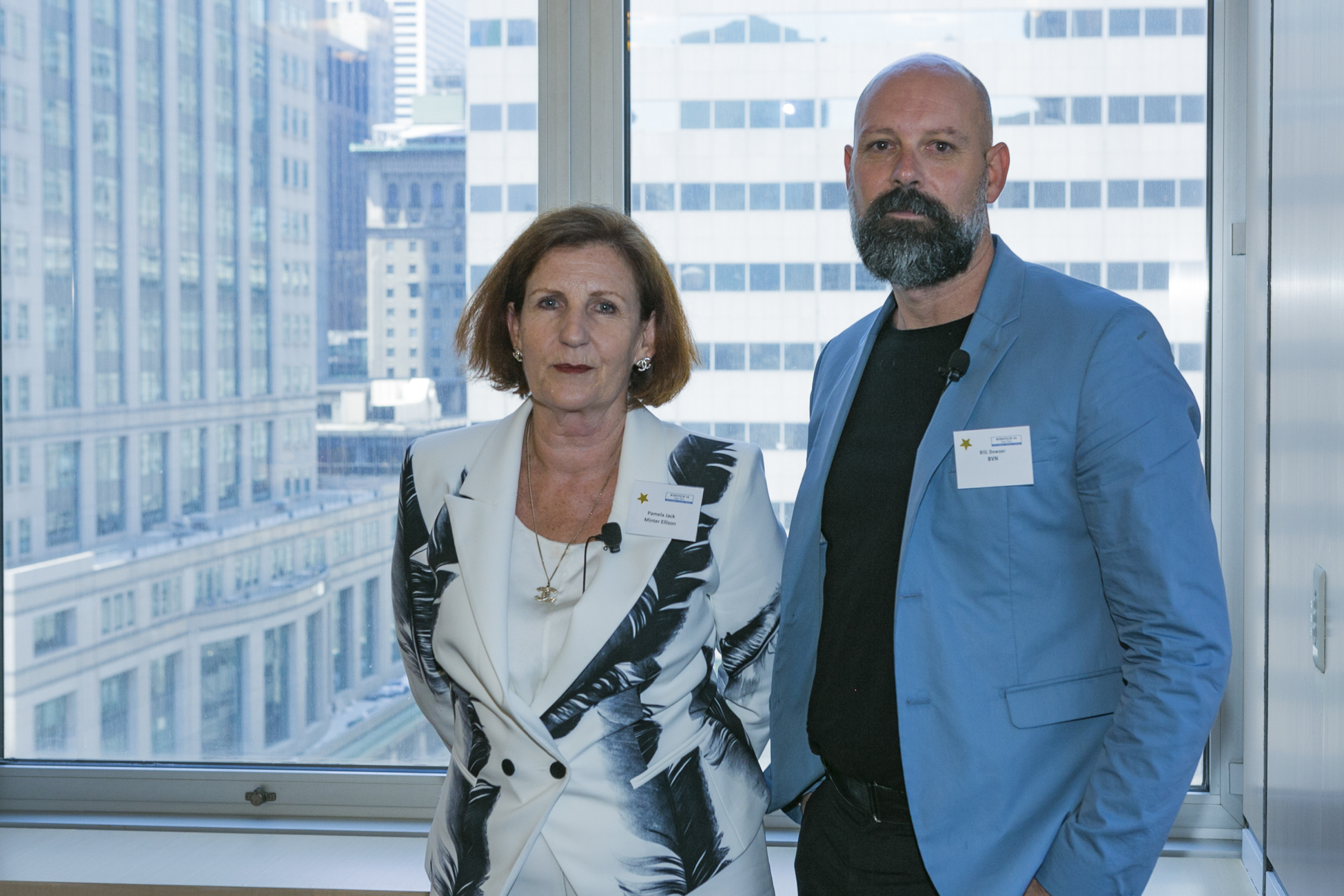 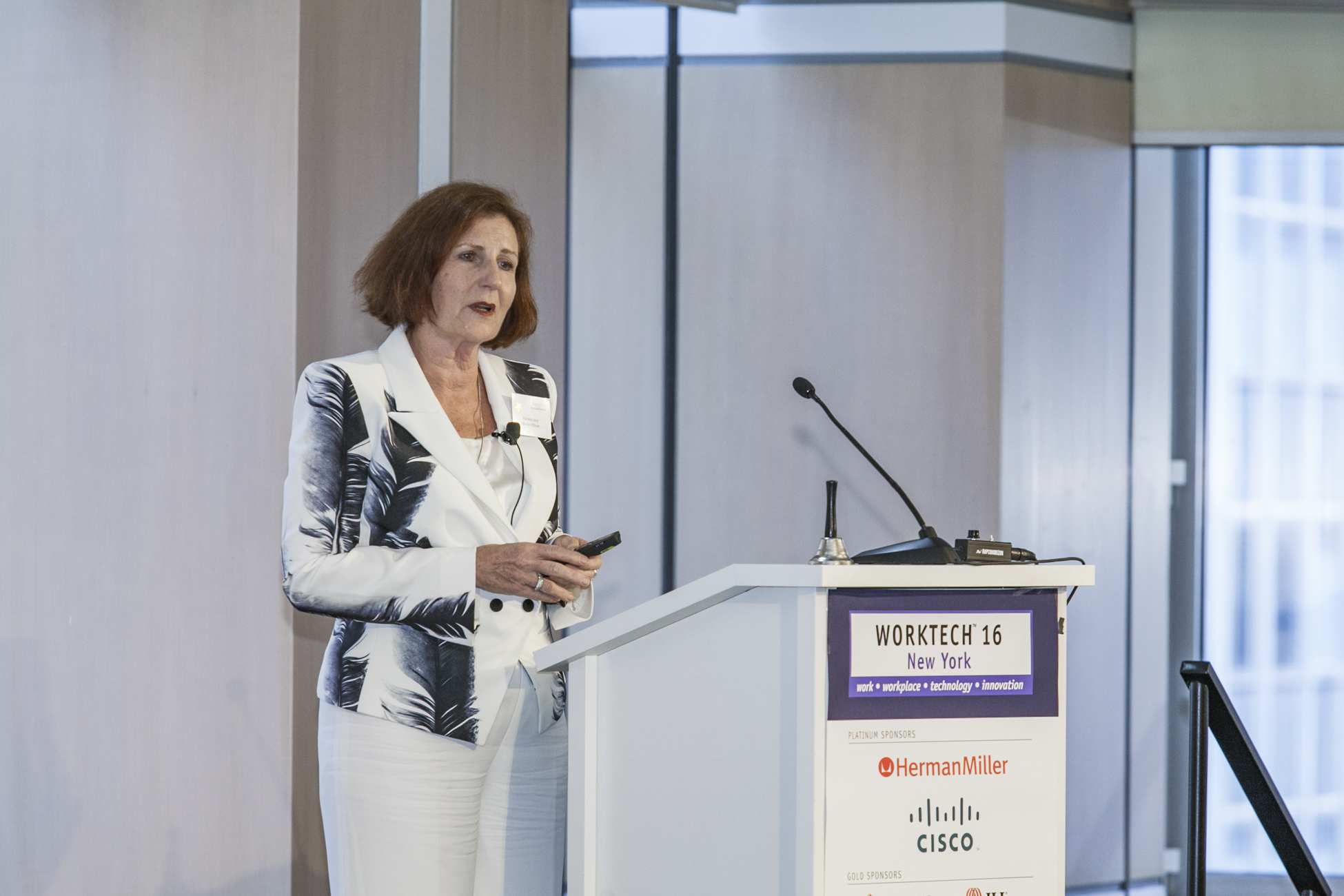 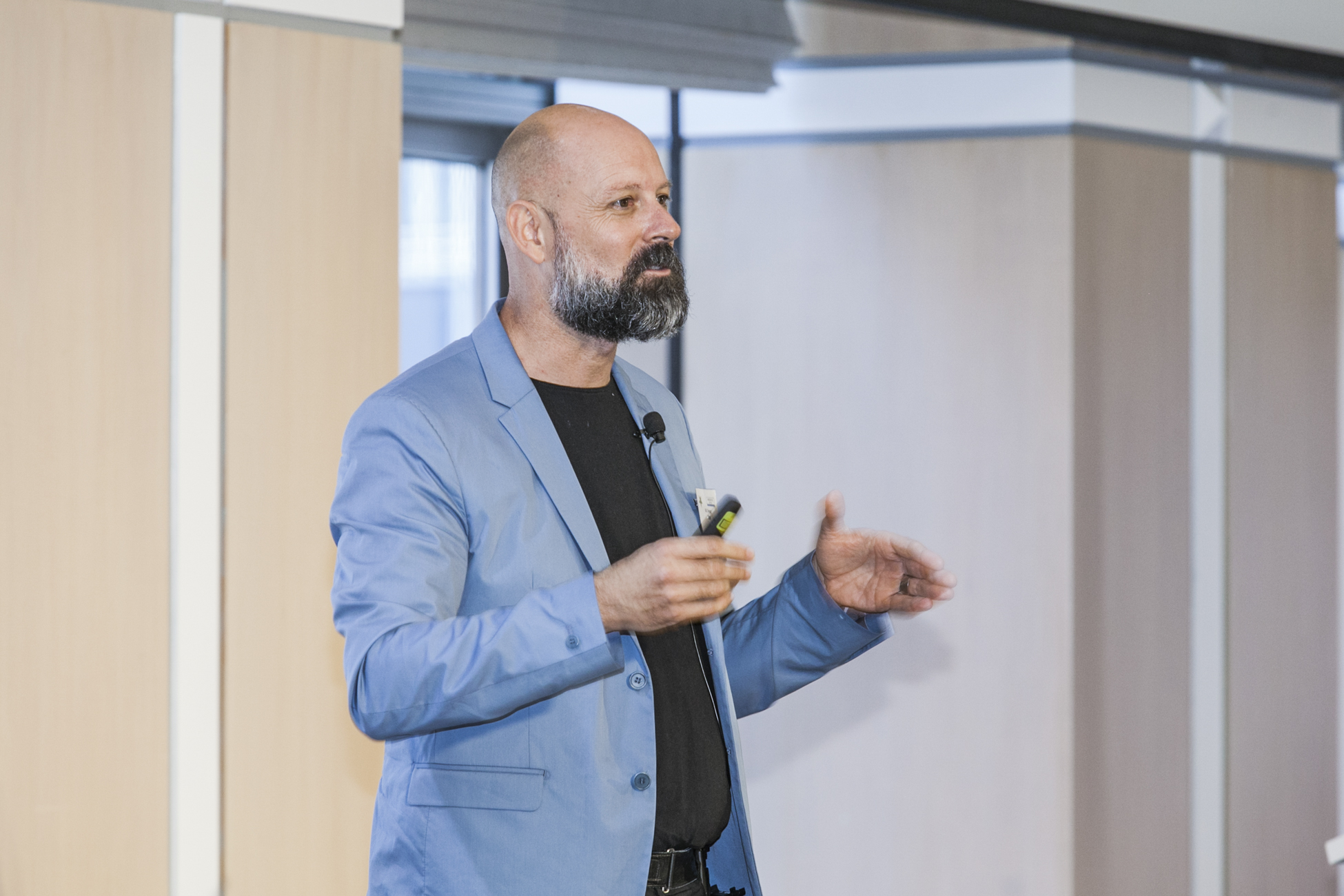 The new Minter Ellison offices are light, bright and connected with more choice in where to work – a factor that has lured more than 50% of partners out of their private cells. The diversity of places to work reflects the growing diversity of the legal workforce itself. ‘It’s no longer all about Nordic-looking men from the right schools,’ BVN Principal Bill Dowser told delegates, in a caricature of New York’s law scene of the 1950s that many instantly recognised.

Underpinning a focus on daily human experience at work are strategies that increasingly reflect a collision between workplace and hospitality. Nowhere is this more evident than in the fast-growing flexible property market. In this world of incubators, accelerators, co-working spaces, executive suites, managed workspaces and grey, continuity or contingency spaces, Benn Munn of The Instant Group took us through the impressively big numbers as investors pile in.

We Work is the poster boy here, achieving a market valuation in just six years that is four times larger than competitors who have been in the market for 30 years. Munn’s point was that the rules of the game have changed for business and there needs to be a better balance between core and flex in space provision. In this respect, his remarks echoed those of Dan Johnson of Accenture who argued that ‘building for peak demand is no longer affordable’.

Chris Kelly, President and Co-founder of Convene, which hosted WORKTECH New York 2016, took the arguments about flexibility and service a stage further when he asked, if the average life expectancy of a new company is 7.2 years, why should they be expected to take a ten-year lease?  And when Scott Slater of Cisco introduced the metaphor of the campfire, other speakers immediately referenced this glowing image as a kind of shorthand for a more informal, casual, convivial and democratic workplace.

Of course we should have been prepared for a human backlash in a workplace that is being totally disrupted by new technologies. The conference opened with a provocative treatise on machine intelligence by Dr Pedro Domingos of the University of Washington, author of The Master Algorithm; Domingos introduced the ‘five tribes’ of machine learning – the Symbolists, Connectionists, Evolutionaries, Bayesians and Analogizers – and the paradigms on which their research is based.

Will all our jobs disappear as the machines take over? Some jobs will go, suggested Domingos, for example truck drivers should be worried. But most jobs will simply change, not disappear. The key will be to shift thinking from ‘automation of my job’ to ‘automation of myself’. As an example, he explained how the best chess players in the world today are combined teams of people and computers, not either alone.

Were we hugely reassured? Probably not, but at least Aleksey Lukyanov-Cherny of SITU Studio reaffirmed the irreplaceable creative values of the human hand and heart in the final slot of the day on ‘creating a hackable office space’. And Matthew Claudel of MIT and start-up company Beco reaffirmed the relationship between real people, behaviour and space with his vision of digitally augmented collaboration using space analytics.

Both of these presentations on the workplace of the future were telling in the context of adopting a genuine people-centred approach, rather than applying plaster to failing processes.

Lukyanov-Cherny advanced the idea of collective intelligence and imagination. Claudel, a researcher in MIT’s Senseable City Lab, meanwhile took us on a campus tour at MIT to map the patterns of collaboration that generate academic papers and patents. Referencing the Beatles in Hamburg and Herman Miller’s Action Office as early examples of spatially based collaboration, Claudel spoke of a ‘digital nervous system’ for tomorrow’s workplace.

Enough to induce a digital nervous breakdown? Not a bit of it. New York’s WORKTECH delegates, even in more touchy-feely mood, are a tougher crowd than that.

Spontaneous, social and green: London lifts the lid on the new workplace

WORKTECH London, the flagship event in the global WORKTECH series, took centre stage in the wonderfully refurbished Purcell Room in…

What we learnt from New York: dominant ideas will be disrupted

Never a shrinking violet, WORKTECH’s annual New York conference celebrated its tenth anniversary in the Big Apple with a bumper,…

Beyond accessibility: what’s next for the inclusive Danish workplace?

Cities at the crossroads: four scenarios for the future