The Global Green Agenda: where technology and policy meet

As global governments are under increasing pressure to reduce carbon emissions, the intersection between policy and technology could be the solution, according to Signify’s Jonathan Weinert

The Covid-19 pandemic has been a catalyst for change. One of the most significant changes is how we are thinking about global warming and other global challenges. Actions that would have seemed impossible in January 2020 quickly became realities as the virus spread. These included mass lockdowns, mask mandates, sizable bursts of government spending and public assistance, and – in some countries, at least – vaccination campaigns that proceeded with an urgency typically reserved for wartime mobilisation.

Meanwhile, the swift development of vaccines reminded us that human ingenuity can still pull us back from the brink of disaster. Consider, for example, the ‘Covid-19 emissions dip.’ This was the 17 per cent drop in emissions that occurred between April 2019 and April 2020. The reduction happened for a terrible reason, but as the skies overhead turned bluer and clearer than they’d been in decades, many experienced a renewed sense of what is possible. The skies over our cities really could be that clean again, and permanently, if people all over the planet worked together and made the right choices.

Given the unexpected lessons of the pandemic year, then, it’s no surprise to discover that climate initiatives are getting more ambitious. This has seen the rise of meaningful climate action programs taking shape around the globe.

The European Green Deal, which was announced in Brussels in late 2019, aims to make the EU climate neutral by 2050. In order to fulfil this bold promise, the EU foresees initiatives that will require a trillion euros in investment in the 2020s alone.

The Green Deal’s first order of business is to decarbonise the EU’s energy sector, which accounts for 75 per cent of the bloc’s greenhouse emissions, and transition to renewable and hybrid energy sources.

At the same time, the plan calls for a comprehensive program of building renovation. With carbon-neutral renovations and retrofits, houses and offices will become much more energy efficient, reducing energy consumption and costs for businesses and homeowners alike. Europe’s industrial base will also become more efficient, in part by mandating increases in the percentages of recycled materials that European factories use.

Then there’s mobility, which generates a quarter of Europe’s greenhouse gas emissions. Europeans can look forward to more support for their already thriving rail sector, as rail is a sustainable way to get people and things around. In fact, 2021 has been named the European Year of Rail.

If all this seems too optimistic, consider that the EU has already demonstrated its ability to achieve aggressive climate goals without hampering business growth, and without a comprehensive plan like the Green Deal. The region managed to cut its emissions by roughly a quarter between 1990 and 2019, even as the economy expanded by approximately 60 per cent. EU member countries are also doing effective work on the national level. Denmark has passed innovative legislation that could make the country net zero as soon as the 2040s. Finland has set a carbon neutrality target of 2035.

In the United States, the Biden administration is working on a ‘clean energy revolution’ that will eliminate 100 per cent of the power sector’s carbon emissions by 2035. The Biden plan also aims to achieve a net-zero-carbon economy by 2050.

The administration has ordered federal agencies to buy non-polluting energy and zero-emissions vehicles. It has also stopped the Department of the Interior from signing new oil and gas extraction deals that involve public waters and lands. It’s been promoting a ‘whole-of-government’ approach to the climate crisis according to which climate concerns will factor holistically into government policy.

A considerable amount of the $2 trillion USD that the administration plans to spend as part of its climate change response will go to infrastructure renewal, green energy, and green transportation initiatives. By developing this initiative as many as 10 million green jobs will be created, according to the Biden campaign’s climate agenda.

Progress in the Asia-Pacific region

China, the world’s largest polluter, hasn’t been much of a leader in climate change policy. But the galvanising effects of the pandemic year might have worked even on Beijing. In late 2020, China made a commitment to reach net-zero emissions by 2060.

Japan, which has been strongly criticised by Paris Agreement signatories for its tepid climate-change response, also changed its tune in 2020. In October, Tokyo pledged itself to carbon neutrality and an 80 per cent emissions cut by 2050. Japan’s most powerful business federation, dominated by companies from energy-intensive industries, is now supporting the 2050 deadline – an important sign of how corporate sentiment is now changing in favour of climate action.

South Korea has been extraordinarily reliant on fossil fuels, but it too joined what might be called the ‘carbon-neutrality class of 2020’ – pledging in October 2020 to achieve carbon neutrality by 2050. The capital city of Seoul still generates 40 per cent of its electricity from burning coal, so the country has a long way to go.

Elsewhere in the Pacific, New Zealand has announced a ‘climate change emergency’ and committed itself to maintaining a carbon-neutral government by 2025.

Of course, achieving climate goals is harder than promising to do so. Fortunately, smart and connected technology is providing governments and businesses with effective new tools with which to get the job done.

An effective climate action tool can be a smart version of something as common and seemingly simple as lighting. The fact is that LED and connected lighting can help to radically reduce greenhouse emissions produced by cities and the built environment. Connected LED lighting systems consume up to 80 per cent less energy than conventional lighting systems. Considering lighting for the built environment consumes about 50 per cent of a city’s total electricity use, this can be a significant saving.

Additionally, because lighting is already everywhere that people are, connected lighting systems can serve as the perfect platform for distributing Internet of Things (IoT) capabilities that promise to make businesses and cities more sustainable.

Such IoT capabilities include smart solutions that will make renovated buildings not only greener but also healthier and more user-friendly. They also include smart city solutions to support the widespread use of EVs alongside the next generation of carbon-zero public transport.

The global response to climate change will undoubtedly unfold in increments, and there will almost certainly be setbacks and unforeseeable challenges, as there are with any major push for innovation. But with enough will and cooperative effort, and with the green technology that we already have in hand, the battle for a fundamental transformation of the way we generate and consume energy can now be fully joined.

Signify is a Global Partner of WORKTECH Academy. Jonathan Weinert is an award-wining thought leadership writer for Signify and has been researching and reporting on LED lighting, connected lighting, and the IoT since joining Signify in 2008.

One of the few positive side effects of the Covid-19 pandemic has been the resurgence of the sustainability agenda. The…

The role of IoT in 2021: mapping out the road ahead

The global pandemic accelerated the pace of reinvention and innovation beyond anyone’s expectation in 2020, and this trend has continued… 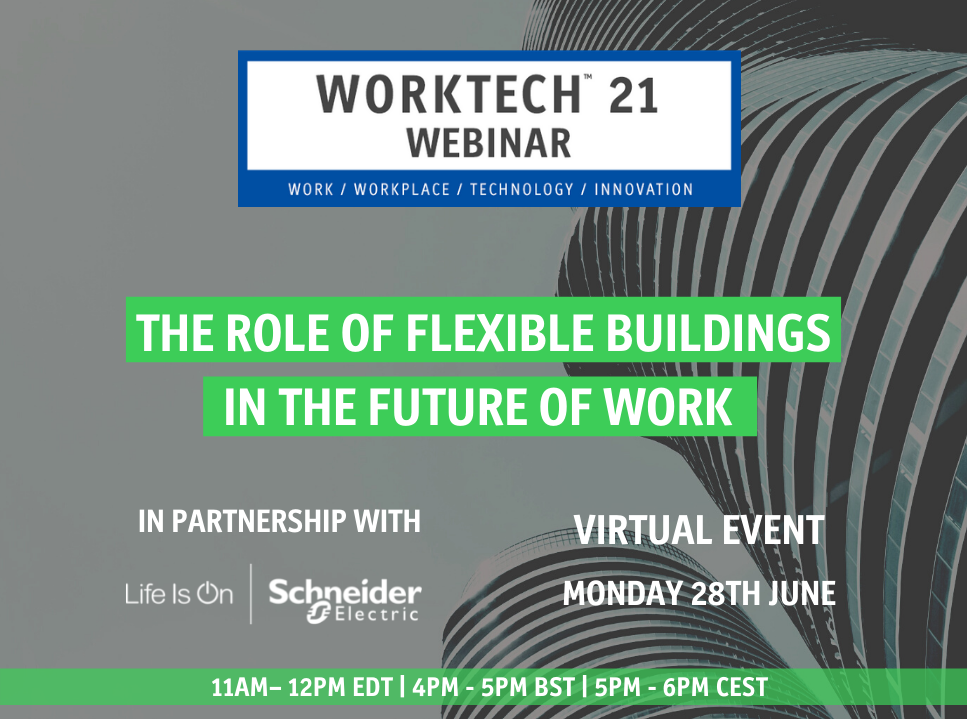 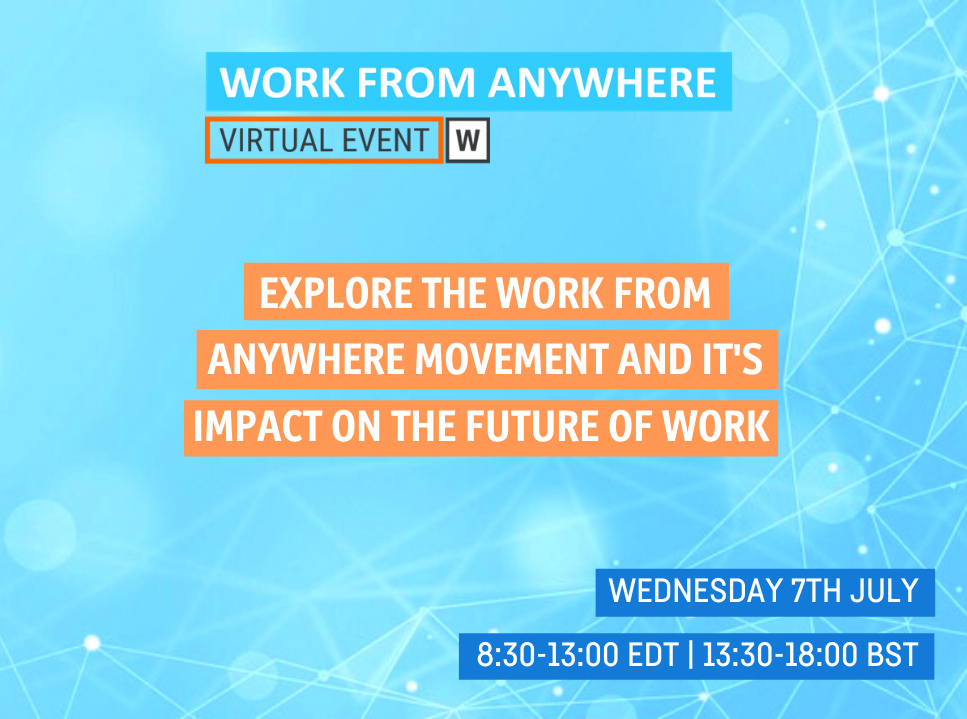 The great relearning: how corporates are bridging the gap

How Big Data and IoT are transforming app development

Imagine if the global pandemic had happened in 2005

Why listening skills should be prioritised after pandemic

Do corporate parks provide a return on green investment?